In a complex environment with uncertain markets and large sums of money at stake, it’s essential for JPMorgan to keep a tight control on costs to support profitability. A former user of Oros activity-based costing (ABC) software, JPMorgan upgraded to SAS® Activity-Based Management to improve efficiency and controls. By analysing and allocating costs relating to specific activities, the company can better understand and manage profitability as it relates to products, processes, customers and intermediaries. “We use SAS Activity-Based Management to cope with the complex and multidimensional product lines and volumes we offer,” says Sean Whitman, Vice President of Finance Infrastructure Projects at JPMorgan Asset Management and Project Manager for the SAS implementation. “We can look at product groups and see trends in profit margins. In particular, we can track and understand operational and technology costs – a minefield of information - to highlight rising costs and then take action.”

The biggest gains have been in improved control and time-savings. SAS Activity-Based Management is an end-to-end environment so it's very straightforward to examine profitability.

ABC and ABM approaches are designed to provide a far fuller picture of the costs and profits associated with doing business compared to traditional cost accounting. By enabling a deeper understanding of true product and client profitability, and the relationship between the two, JPMorgan has an opportunity to identify then drive costs out of both front and back office activities. The company had used Oros from 2000 as the basis for its ABC model. Over time, however, it became clear that Oros struggled to handle the complexity of the business.

“Initially, the profitability reports were not widely accepted,” says Whitman. Outputs were provided as a grid, by product and by client channel, showing the profitability of the business on one page. Before this, departments provided reports for their own cost centres, with widely differing margins involved. “We wanted to spark conversations between client and product channels, to get them to discuss the impact of rising costs in their own areas on other parts of the business.” Objectives included focusing on cost allocations and building up trend analysis. He continues, “Oros was a good step towards a ‘joined-up’ management approach,” says Whitman. “For example, seeing the impact on our European sales team of increased marketing costs - using that increase to start a dialogue. Previously, different teams worked independently and just considered their own bucket of costs.” This approach also supported other areas: for example, under-pricing in a low margin business. Was pricing set at a certain level because of what the market dictated, or based on historical relationships?

With the upgrade to SAS Activity-Based Management in 2007, JPMorgan can undertake these activities and many more, improving the speed, sophistication and accuracy of its approaches. The company has an opportunity to understand the cost contribution of front and back office activities down to the profitability of product and client channel. "The decision to upgrade was made at a corporate level," says Whitman, "and we could see a number of benefits, not least a great opportunity to re-engineer how we handled the whole area of profitability while maintaining 'business as usual'.

"We've seen definite improvements. We can do more, using the multidimensionality to get the right answers – this is probably the biggest benefit. With the old model, the single dimensionality, we'd built a big Sybase database then took results from Oros and cross-referenced clients to products. This was an inflexible, cumbersome and time-consuming process that required a lot of support, and was managed by another team because we didn't have that expertise in-house. Now, it's all in SAS, so we've overcome that limitation imposed by Oros."

To enable a seamless transition, JPMorgan staff attended a SAS Education training course, while the profitability team spent a month working with a SAS consultant to, says Whitman, “help transition the models from Oros to SAS Activity-Based Management. We learned a lot, and have been able to concentrate on changes required in our processes. We wanted to move from an Oros mindset, the old way of doing things.” The SAS solution interfaces into Essbase, the company’s corporate reporting tool, for reporting, forecasting and budgeting purposes, with the results rolled out globally. “It’s an efficient process, driving reports from the system.” He continues, “SAS was very helpful in giving advice and direction into the building of the Essbase cubes and feeding the data through.”

"Thanks to the multidimensional structure of SAS we can keep control of our profitability model in-house," she adds. "The biggest gains have been in improved control and in time savings. SAS Activity-Based Management is an end-to-end environment so it's very straightforward to examine profitability." The time taken to run a core process, producing the quarterly Client and Product Profitability Reports, was reduced from 6 weeks to 4 weeks due to the combined use of SAS Activity-Based Management with the Essbase reporting tool. Whitman says, "We're looking to enhance the process further and get the timing down, ideally to monthly rather than quarterly reporting." Enhancements have been seen in other areas, too. For instance, SAS Activity-Based Management has added a degree of automation to internal cross-charging processes to support further efficiency gains.

Meanwhile, SAS Professional Services has made recommendations on how JPMorgan can use the multidimensionality features effectively, an ongoing focus for the profitability team, while post-implementation workshops at SAS enabled the team to review its model and identify where improvements could be made. Whitman says, "SAS Customer Support has been very responsive throughout - we've had a good relationship with SAS."

Whitman adds, "In this business, a great deal of profit directly relates to market movements. In good times when the markets are up, you make more money and costs are less focused. A big downturn in the market, however, has a direct impact on the bottom line, and you can't do anything about that. But you can keep a tight control on costs, to ensure your margins are still attractive. This is what SAS Activity-Based Management is helping us to achieve." 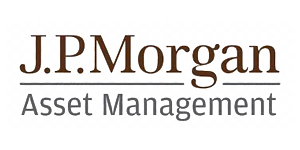 Understanding and controlling costs in a complex global asset management business, in the face of uncertain markets and lower margin areas, to improve product, client and channel profitability

Improved understanding of costs and enhanced control of profitability within a global business, enabling more joined-up management targeted at sustained profitability, plus significant time-savings in gaining ABC and ABM insights and providing reports to the business