Putting data in the saddle: How analytics drives innovation in pro cycling

There are few spectacles in sport as riveting as a sprint finish in a road cycling race. Dozens or hundreds of kilometers come down to a 200-metre dash reaching speeds of up to 70 km/h, as many as eight or 10 riders pushing the boundaries of physical exertion. It’s not a matter of inches, but fractions of seconds—a perfectly timed half-crank of a pedal, a literal “throw” of the chassis—that make the difference between a stage win and a “same time.”

But road cycling is also a team sport, a sport of specialists playing their roles with split-second timing in support of an overall strategy for a stage, a tour, even a season. Climbers force the issue on hilly stages, exhausting competitors who try to keep touch; domestiques, junior riders, create a draft to minimize the effort of the star finishers (or you can use leader), dropping back to fetch water bottles and even giving up their bikes to senior riders with a flat or mechanical issue; all-rounders (“rouleurs”, in French, the language of cycling) chase down opponents’ breakaways, set up sprinters for the final mad dash, and serve as on-course captains when quick tactical decisions have to be made. Each specialty rewards different riding styles, different performance metrics, even different physiques. Collecting and analyzing this data can help a team fit together the pieces of the strategic puzzle in a way that optimizes the use of team resources for a competitive edge. 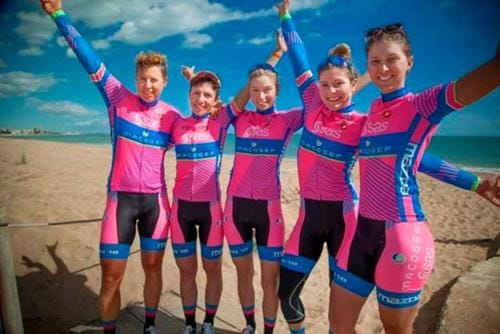 That’s exactly the approach taken by SAS-MAGOCEP-ACQUISIO (SMA), the only professional Canadian women’s team with a license to race internationally, on the UCI Women’s World Tour.  SMA is using state-of-the-art sensors and analytics software to fuel its rise though international (UCI) cycling ranks, with eyes fixed firmly on the coming 2020 Olympic Games.

Three years ago, the team embarked on a path to performance optimization built around three pillars:

“Most of the decisions by the team management, coaches and athletes were based on feelings and sensations... with all of the sophisticated sensors, technology, and knowledge, today’s analytics is way more sophisticated than it used to be. For a cycling team, this is gold.”

Getting athletes and coaches to share that sensitive data for analysis by an outside firm like SAS can be difficult, says Martin Lesauteur, who collects, cleans and preps data for analytics for the team.

“If you look at the Tour de France, nobody’s sharing anything,” Lesauteur says. Data can be used as a weapon—collect enough of it and you can reverse-engineer the athlete, probing weaknesses to be exploited. SAS’s relationship with SMA—it’s the team’s biggest sponsor in terms of technology and cash investment—provides a level of comfort for everyone involved.

A self-described “obsessive-compulsive cyclist” — “I’m so scared that when I die, my wife is going to sell my bikes for what I told her I paid for them,” he grimaces—Lesauteur has been collecting and analyzing data about his own cycling performance for years. He brings a wealth of self-taught expertise to the sophisticated tools on offer from SAS and 4iiii (as well as roadside mechanical expertise at some races).

Correlating performance data, physiological data, and profiles of upcoming races can optimize a rider’s training plan. It can also help ward of the insidious threat of overtraining—athletes can drive themselves beyond the point where their muscles and aerobic systems can recover for upcoming races. One SMA rider’s overtraining pattern cost her a month on wheels, and several months until full recovery. The data was pointing to overtraining, but the athlete didn’t feel it physically until it was too late.

“That’s an example of measuring an athlete on an individual basis, but the impact on the team was huge because she was one of our best athletes, and we lost her for three weeks to a month,” says Lesauteur.

And the program is about the team as much as it’s about individual racers. Data can help the team make roster decisions for a given race to give the team the best chance to win. Power output, revolutions per minute, heart rate, GPS data, fatigue, pedaling cadence, watt-to-weight ratio—all this data and more is poured into training profiles and race-day decisions, says rider Emma Bedard.

“If you have a specific type of race, for instance if you know it’s a hilly race versus a flat race, or whether it’s an endurance event versus a shorter punchy race, it helps select the type of athletes that are perhaps better-suited than others for certain courses,” says Bedard, a former triathlete who switched to full-time cycling because of a nagging hip injury.

Data can match the right racer to the right terrain with the right fatigue curve, helping determine the role of each athlete within an overall race strategy, says SMA coach David Duluth. For example, the data can pick out a racer capable of endurance riding, but not at peak speed, and pair her as a “leadout” rider for a sprinter, pulling her teammate to that crucial juncture where she can take over the race. On the other hand, data can identify that top-speed rider to put at the end of the leadout train.

Data can also help guide recruitment efforts, says Lesauteur. It can identify riders to fill specific roles—a sprinter, a climber, a junior rider to be groomed for a starring role while serving as a domestique. The team can then focus on promising additions to add depth or complement other riders and the team as a whole.

It’s a far cry from 20 years ago, says Pascal Hervé, a retired French professional rider who serves as a mentor to the team. Hervé has an impressive European road racing resume, with multiple appearances in the Tour de France, Vuelta a España and Giro d’Italia, along with the 1992 Summer Olympics. In the 1990s and early 2000s, teams relied on hospital tests for maximum oxygen capacity (VO2 max) and lactate buildup. It could take days or weeks for test results to be returned, and they were analyzed by people who “did not have a clue” about cycling, Hervé says.

“Most of the decisions by the team management, coaches and athletes were based on feelings and sensations,” Hervé says. “With all of the sophisticated sensors, technology, and knowledge, today’s analytics is way more sophisticated than it used to be. For a cycling team, this is gold.”

Data touches virtually every element of a cycling team’s corporate strategy. On race day, though, it comes down to the riders. And while technology can provide feedback on a huge range of performance and physiological factors, one element still eludes measurement in real-time: the athlete’s psyche, how she reacts psychologically to fatigue, stress, race conditions, etc. Being able to quantify and monitor such information and overlay it on the data already collected could be a critical differentiator.

“One day, we’ll have a little device we can attach to the helmet,” says Lesauteur. “We’re not there yet.” 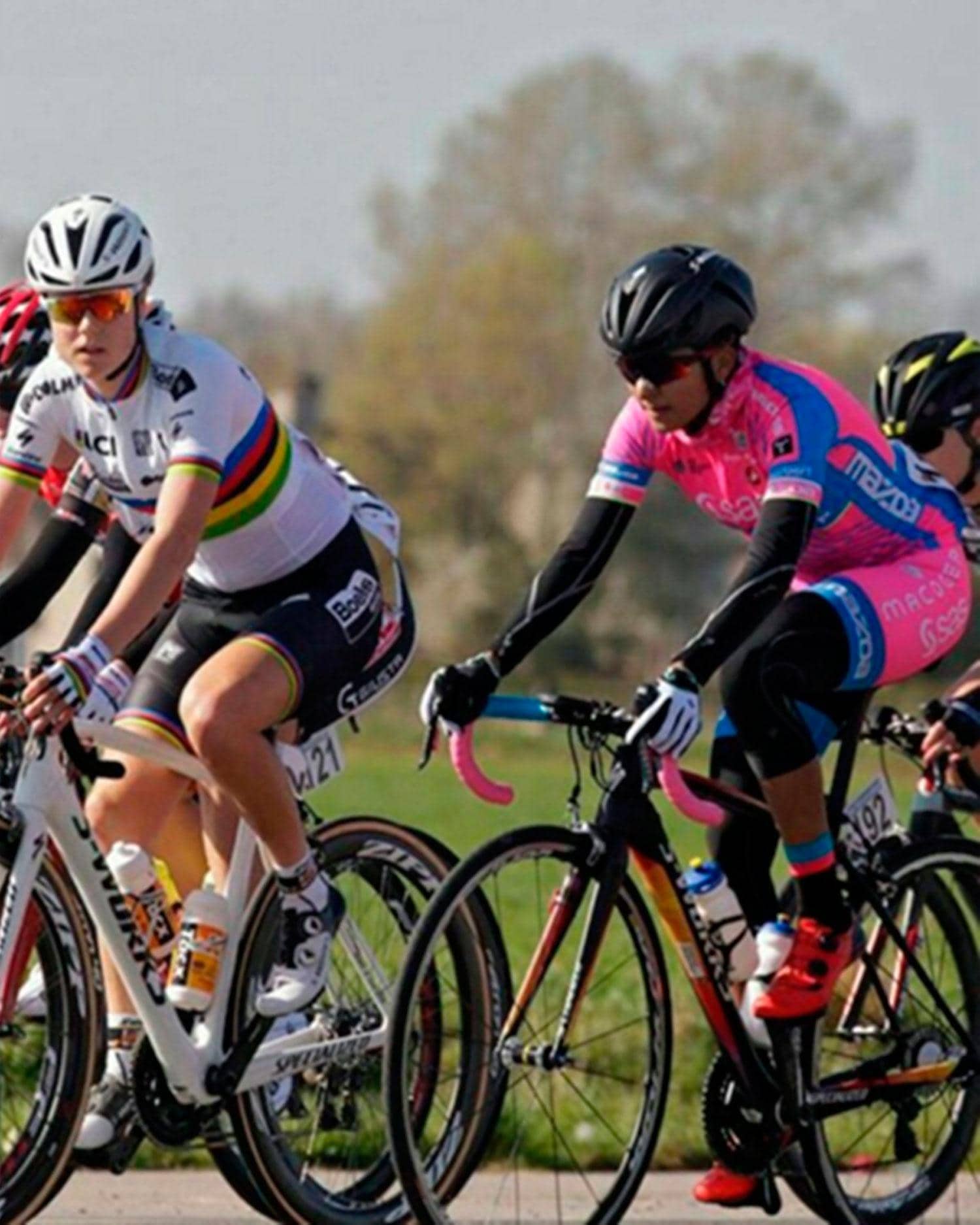