in an urbanized digital future

The winners in an information-overloaded urbanized future are those who can either master one very specific skill that can’t be digitalized or those who have access to tools that can transform the endless stream of data into knowledge.

And these winners are more likely to be women than men. These are some of the latest hypotheses from Kjell A. Nordström, the charismatic and well-recognized Swedish author and professor of business administration.

Nordström is widely recognized as a guru on corporate strategy, multi-national corporations and globalization. He is the writer of the books “Funky Business” and “Karaoke Capitalism”, two international bestsellers, and has given advice to several large corporations as well as to the UK government. Think Forward sat down with Nordström to discuss urbanization and digitalization, two of the major catalysts of change in the world right now. The main thesis in his latest book “Urban Express” is that urbanization will continue at an increasing pace, all over the world. In principle, we are actually transforming this planet from a planet of countries into a planet of cities. “All around the world, with few exceptions we urbanize at a pace that is absolutely staggering. I argue that we are only at the beginning of that transformation process. The power in the world is gradually shifting from 200 countries into 600 cities. These 600 cities will account for 80 percent of the world population and probably more than that of the economic activity. And we are talking about a time span of 20-30 years. No more than that,” says Nordström. At the end of the day, this will have a profound impact on everything from gender balance to company strategies and politics because these 600 cities will be extremely influential. 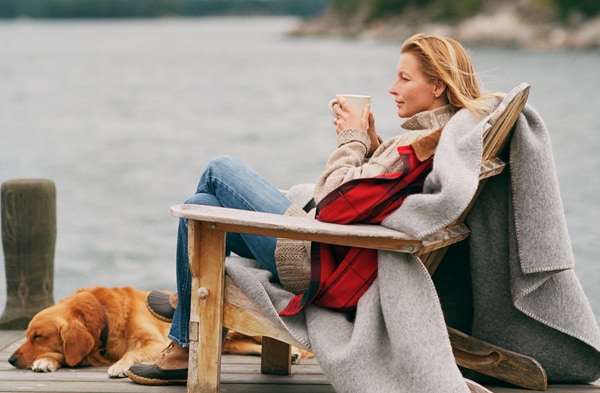 Digitalization and the rise of silent knowledge

According to Nordström, digitalization is one of the greatest catalysts for change in the world right now. Today, everything that can be digitalized will be copied and when that happens those things lose their value.

This means that the things that can’t be digitalized will provide the foundation for competitive advantages. We have already seen this in a number of fields. One example is the music industry. Today, people are willing to pay staggering prices for a concert experience but they are not willing to pay anything at all for a digital copy of a song. Nordström says that the same thing is going to happen to education due to digitalization.

“ Nordström calls this knowledge that can’t be digitalized for silent knowledge. It’s the kind of knowledge that’s difficult to transfer to another person by means of writing it down or verbalizing it. Nordström’s hypothesis is that this kind of knowledge is going to be even more valuable in the future. He says we are starting to see how it is changing the way
companies and organizations recruit and train their staff.

Things that can’t be digitalized will provide the foundation for competitive advantages.

“Gradually we will see a change in how we build companies. We are slowly moving away from the historical principle of hiring people for skills and training them for attitude as soon as we have them on-board. Gradually we will turn this upside down and hire people primarily for their attitude because we can always fix the skills later. Remember: education and knowledge are digitalized and freely available.

Attitude will be the scarce resource. In the project of building a company or an organization, the attitudes will be at the centre.

Women are taking over

Perhaps surprisingly, Nordström also claims that the urbanization is creating a massive power shift from male to female. The situation for women is rapidly changing in these 600 cities. There are more women than men in big

cities and they are more likely to attend universities. In fact, 70 per cent of students in universities world-wide today are women. This is leading to a shift in income, a tendency already seen in large US cities, where increasingly, women have a higher wage then men.

Without data analytics - we loose

Not all the by-products of these developments are in our favour. Somewhat controversially, Nordström believes that digitalization and the accumulation of data is making us more stupid in general. But he points out that at the same time some of us are getting smarter: It’s a paradox. The amounts of data are of such a magnitude today that none of us are able to master any one area completely. At the end of the day we are producing more data and knowledge than any human can master with traditional tools. This is one of the reasons why big data analysis will play a large role in the development and consequently the innovation of the future, he points out.

”The amounts of data are of such a magnitude today that none of us are able to master any one area completely.”

“It’s big data that sets the agenda. It doesn’t matter if we look at health care or at a shopping centre. The development and innovation of our society lies in the understanding and utilization of data. Those who have the ability to tap into knowledge through big data analytics are the winners.” Whether this will safeguard our civil rights or create authorities entirely without empathy? Only the future will tell.