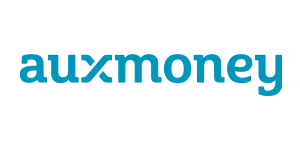 Peer-to-peer lending – loans without banks – was the business concept auxmoney championed from its beginning in 2007. Today, auxmoney is no longer just a P2P provider for personal loans in Europe, but a holistic digital platform for loans. Private and institutional investors – and auxmoney itself – invest in loans via the platform. While the company has grown and evolved over the last 15 years, its mission remains the same: Using unique risk models and digital processes, auxmoney improves access to credit and promotes financial inclusion.

When it comes to risk management, the fintech company has relied on SAS from the start. But the collaboration today looks very different than it did in 2007, according to Thorsten Foltz, Senior Data Engineer at auxmoney. The rapid growth of the organization can easily be seen in the Risk Management team. What began as a “team of one” with a single individual responsible for risk management has grown into a team of more than 20 dedicated staff members.

The Risk Management team has developed unique risk models over the years that enable auxmoney to assess creditworthiness in a differentiated manner and serve more people responsibly with loans – people who might otherwise be turned away by banks. Despite its growth, auxmoney intends to remain a lean, agile and modern organization.

In the area of risk management, we need a powerful and proven software platform. At the same time, we are pursuing a consistent cloud strategy. The SAS Cloud on Microsoft Azure offers us both.

Consistently in the cloud

In the area of IT infrastructure, there was only one strategy for Foltz’s team – the consistent path to the cloud, with a core system like SAS. In the case of risk management, auxmoney decided to outsource the entire SAS operation. With SAS Cloud – SAS’ managed service that is hosted on Microsoft Azure – auxmoney gets all the scalability, speed and security that Azure has to offer without worrying about provisioning containers and managing the cloud environment.

“The advantages are obvious,” Foltz says. “If we need more capacity, we simply request it without having to worry about computer expansion, software upgrades and so on. We order, SAS delivers – and quickly.”

A key benefit for auxmoney is the flexibility to grow quickly without overburdening its internal structures. Though auxmoney sees itself as a highly digitized company, which provides more than 70% of its loans fully automatically, it is not primarily an IT company. “That’s why we leave the operations and management to those who naturally know the software best, and that’s SAS.”

Not limited to one programming language

IT specialists and data analysts are in short supply on the job market, and every analyst brings his or her preference for programming languages to implement analyses. At auxmoney, SAS is set as the primary language in risk management – but not exclusively.

“If colleagues prefer to program certain procedures in Python or in R, that’s not a problem, because open source code can be easily integrated into SAS,” Foltz explains. This is already the case with the existing SAS system and will become even easier with the migration to SAS Viya. The fact that SAS Viya is cloud-native also fits in with auxmoney’s consistent cloud strategy.

Code from different languages and off-site operation – all in a highly regulated industry? “With SAS as an established system, we have the security of being able to achieve seamless data governance,” Foltz says. “There are no compromises here.”

In terms of data and failure safety, auxmoney sees the cloud solution as having a clear advantage. “A company of our size can never have the resources in the security area that Microsoft Azure has,” Foltz adds. “This is another reason why we feel very comfortable with the SAS Cloud on Azure.”