Claims leakage is an all too familiar challenge for private health insurers but global healthcare provider Bupa’s use of analytics is helping to dramatically reduce its losses.

If we’re looking at our total benefits line, the amount of leakage is generally accepted at being less than 1 per cent of benefits paid. But this still represents an ROI of more than 10 on operating costs for work associated with claims leakage.

Reducing the amount lost to claims leakage is one of Bupa’s key focus areas. Its head of business and clinical analysis, Michael Douman, has annual savings targets to meet in this area – for 2014 it is $22 million. Douman says that with the help of SAS, his department regularly exceeds the target, which, due to their successful track record has increased year-on-year. “That said, recoveries reflect the adequacy of controls, so ‘less is more’,” he adds.

“It is not commercially viable to check all areas for incidences of leakage,” he says. “So we focus where we believe the greatest weaknesses are.” Bupa has found this to be primarily with health providers and their employees, as they are the gatekeepers to the system in determining the coding of services and invoicing, and servicing rates. They also review member service profiles and Fund staff claims processing.

Douman says his team checks whether the claims data is clinically appropriate or if the patterns of data make sense. “We use SAS not just to look for patterns in the data but also for an absence of data – things that are not in there that should be,” Douman says.

Bupa also carries out onsite audits by targeting a sample of claims from particular hospitals or ancillary providers. “If we find anything untoward with a provider we seek to recover the money,” Douman says. “And for long term prevention, we then expect the provider to change their behaviour through servicing and/or updating their system rules so that it doesn’t happen again.”

The best way of identifying where there are issues, he says, is to use the data to highlight where system controls aren’t working.

For example, he says, you could look at all cases where a patient has received more than one implantable cardiac defibrillator within the last three years. “When we find cases of this happening we know it’s incorrect as defibrillators are covered by a manufacturer’s warranty. As defibrillators cost around $65,000 each, this is worth reviewing.”

Bupa has also been able to identify cases of up-coding, where hospitals, clinicians, and ancillary providers are providing the wrong code for treatment which can result in higher claim payments.

“An associated issue may involve hospital clinicians not completing patient discharge summaries. When this happens, it means hospital clinical coders make assumptions about the treatment and the associated coding on which the hospital invoice is based. If the assumption is wrong we can end up overpaying,” Douman says. “SAS is invaluable in identifying these situations.”

While fraud is difficult to prove, Douman says there are measures to prevent it occurring such as business and clinical rules embedded in the mainframe IT system, good product design and tight contracts.

“There are also deterrents to prevent it re-occurring such as recovery of funds overpaid, provider profiling and benchmarking, scoring algorithms, and predictive analytics,” he says.

Extent of leakage and fraud difficult to quantify

Douman states it is almost impossible to identify how big a claims leakage problem. Comparing figures out of the US and UK with Australia is not comparing like for like, as he explains our health system is significantly different to others due to the respective roles of the public and private sectors; greater government regulation in Australia; government mandated standardised data; Medicare and Fund IT system controls; relative membership composition between corporate and retail markets; and the level of data the various systems collect.

Some years ago, Medicare’s predecessor, the Health Insurance Commission, quoted fraud at 1.3 per cent to 2.3 per cent of benefits paid. Douman says the reality is it’s always an estimate and no one really knows the true number.

“If we’re looking at our total benefits line, the amount of leakage is generally accepted at being less than 1 per cent of benefits paid,” he says. “But this still represents an ROI of more than 10 on operating costs for work associated with claims leakage.”

Bupa Australia is considered best practice throughout Bupa offices worldwide for its use of analytics in preventing leakage, although Douman says there is still room for improvement.

“Our focus moving forward in terms of analytics is really boosting our predictive analytics capabilities,” he says. “SAS is fundamental to what we do – along with the skills of our people. We couldn’t survive as well or as effectively as we do if it wasn’t for SAS.” 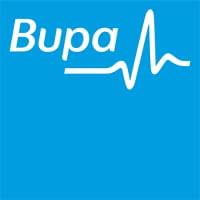 Millions of dollars each year is lost to claims leakage through fraud, error or inadequate controls. Bupa needed a solution to analyse where the major issues were occurring.

Bupa is able to identify instances of claims leakage and recover payments. They have annual savings targets which they regularly exceed. For 2014 their target is $22 million.