Computer vision is a field of artificial intelligence that trains computers to interpret and understand the visual world. Using digital images from cameras and videos and deep learning models, machines can accurately identify and classify objects — and then react to what they “see.”

Early experiments in computer vision took place in the 1950s, using some of the first neural networks to detect the edges of an object and to sort simple objects into categories like circles and squares. In the 1970s, the first commercial use of computer vision interpreted typed or handwritten text using optical character recognition. This advancement was used to interpret written text for the blind.

As the internet matured in the 1990s, making large sets of images available online for analysis, facial recognition programs flourished. These growing data sets helped make it possible for machines to identify specific people in photos and videos.

Today, a number of factors have converged to bring about a renaissance in computer vision:

Mobile technology with built-in cameras has saturated the world with photos and videos.

New algorithms like convolutional neural networks can take advantage of the hardware and software capabilities.

The effects of these advances on the computer vision field have been astounding. Accuracy rates for object identification and classification have gone from 50 percent to 99 percent in less than a decade — and today’s systems are more accurate than humans at quickly detecting and reacting to visual inputs. 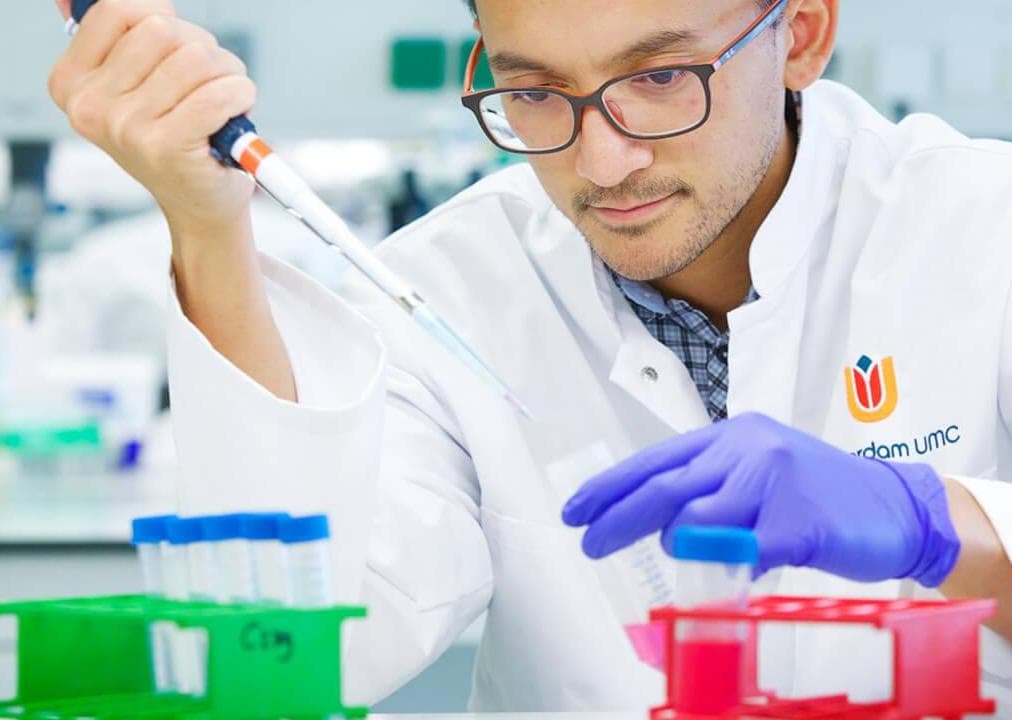 A new era of cancer treatment

Traditional methods of evaluating cancerous tumors are incredibly time consuming. Based on a limited amount of data, such methods can lead to mistakes and they're prone to subjectivity. Working with SAS, Amsterdam UMC has transformed tumor evaluations through artificial intelligence. Using computer vision technology and deep learning models to increase the speed and accuracy of chemotherapy response assessments, doctors can identify cancer patients who are candidates for surgery faster, and with lifesaving precision.

Computers assemble visual images in the same way you might put together a jigsaw puzzle.

Think about how you approach a jigsaw puzzle. You have all these pieces, and you need to assemble them into an image. That’s how neural networks for computer vision work. They distinguish many different pieces of the image, they identify the edges and then model the subcomponents. Using filtering and a series of actions through deep network layers, they can piece all the parts of the image together, much like you would with a puzzle.

The computer isn’t given a final image on the top of a puzzle box — but is often fed hundreds or thousands of related images to train it to recognize specific objects.

Instead of training computers to look for whiskers, tails and pointy ears to recognize a cat, programmers upload millions of photos of cats, and then the model learns on its own the different features that make up a cat.

From recognizing faces to processing the live action of a football game, computer vision rivals and surpasses human visual abilities in many areas.

How does deep learning train a computer to see? Learn how the different types of neural networks work and how they are used for computer vision.

See an introduction to image analysis and learn analytical techniques you can apply to image data.

Computer vision is used across industries to enhance the consumer experience, reduce costs and increase security.

In manufacturing, businesses use computer vision to identify product defects in real time. As the products are coming off the production line, a computer processes images or videos, and flags dozens of different types of defects — even on the smallest of products.

Public Sector agencies use computer vision to better understand the physical condition of assets under their control, including equipment and infrastructure. Computer vision can help agencies perform predictive maintenance by analyzing equipment and infrastructure images to make better decisions on which of these require maintenance. In addition, Public Sector agencies use computer vision to help monitor compliance with policies and regulations. For example, computer vision can be used to detect contraband in cargo, flag potential safety violations in buildings, review labels for adherence to guidelines, and ensure compliance with conservation regulations. Finally, as drones become used more defense and homeland security needs, the use of analytics to identify and analyze critical elements from the visual feed will rise to the forefront of computer vision use cases in the public sector.

In the medical field, computer vision systems thoroughly examine imagery from MRIs, CAT scans and X-rays to detect abnormalities as accurately as human doctors. Medical professionals also use neural networks on three-dimensional images like ultrasounds to detect visual differences in heartbeats and more.

In high-security environments like banking and casinos, businesses use computer vision for more accurate identification of customers when large amounts of money are being exchanged. It’s impossible for security guards to analyze hundreds of video feeds at once, but a computer vision algorithm can.

Arm yourself with superior analytics

In the insurance industry, companies use computer vision to conduct more consistent and accurate vehicle damage assessments. The advancement is reducing fraud and streamlining the claims process.

Computer vision is one of the most remarkable things to come out of the deep learning and artificial intelligence world. The advancements that deep learning has contributed to the computer vision field have really set this field apart. Wayne Thompson SAS Data Scientist

Learn how a computer vision model designed to analyze animal tracks works. Can the computer be trained to see a footprint much like a native animal tracker would? See how the computer processes the different layers of information to determine the animal and its sex. In this video, Jared Peterson, Senior Manager of SAS Advanced Analytics R&D, shows how neural networks are the science behind computer vision.

Computer vision users in many industries are seeing real results – and we’ve documented many of them in this infographic. For example, did you know:

From spotting defects in manufacturing to detecting early signs of plant disease in agriculture, computer vision is being used in more areas than you might expect.

Click on the infographic here to see results from retail, banking, health care and more.

Images, even large sets, can be acquired in real-time through video, photos or 3D technology for analysis.

Deep learning models automate much of this process, but the models are often trained by first being fed thousands of labeled or pre-identified images.

The final step is the interpretative step, where an object is identified or classified.

Today’s AI systems can go a step further and take actions based on an understanding of the image. There are many types of computer vision that are used in different ways:

Seeing is believing. Discover what SAS can help you achieve with computer vision. 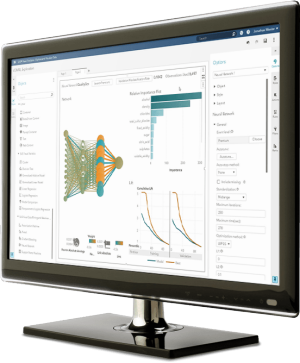 Connect with SAS and see what we can do for you.