How Big Data can change the world of Public Safety

We’re collecting more data than ever. Applying analytics to that data can make us safer from threats.

By Grant Woodward, Public Safety and Defence Specialist at SAS

With memory of memorials for 130 French citizens who died in co-ordinated terror attacks across Paris still fresh, there have been more such attacks across the globe.

Let’s be clear. There are more than 600,000 Muslims in France. Perhaps six were involved in the terror attacks (which distinguishes them as terrorists, not Muslims). That is a likelihood of one in 100,000 members of any religious, political or other affiliation to be radicalized to the point that they will commit a violent act.

We’re capturing and collecting more data than ever. In the last two years, we’ve created more data than in the history of mankind. And the variety of data sources is evolving—transaction data, mobile phone data, social media chatter, telemetry, and on and on. There are needles in that haystack, and finding them depends on the ability of public safety organizations to apply analytics to find patterns that can lead to an interdiction before disaster strikes. 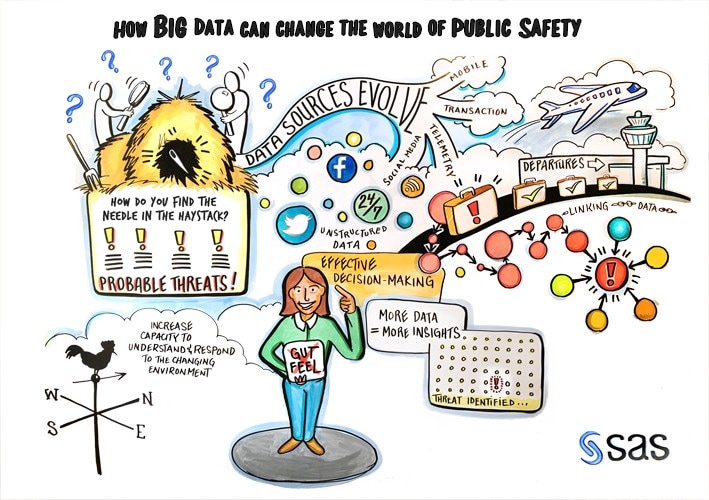 WARNING BELLS
The Canadian Press (CP), through an Access to Information request, obtained an edited copy of a secret draft presentation version of May 2015 presentation to Public Safety Canada’s internal policy committee. Big Data Analytics in the World of Safety and Security warns that federal agencies risk being overwhelmed by threats—or not even see them coming—if they don’t embrace the power of Big Data analytics. Moreover, it cites instances in which such analytics have proved to be an opportunity to improve public safety: A Philadelphia data-mining project that predicts a parollee’s likelihood to re-offend so supervision can be increased; research that detected a generic variant of schizophrenia; how Guatemalan agencies used mobile phone traffic to predict socioeconomic status. Without harnessing Big Data, there’s a risk of “reduced capacity to respond to—or even understand—the changing threat environment,” the report says, according to CP.

WHAT IS BIG DATA ANALYTICS?
To understand the public safety opportunities for Big Data analytics—and the risks of not applying it in a public safety portfolio—it’s important to understand what the terms mean before developing a strategy for utilizing them for public safety.

* Analytics. The concept it easy to understand — we have data that can yield valuable insights for us if we employ analytics. However, this term seems to have many definitions. Everyone is claiming to do analytics these days. Often it means accessing and integrating sources of data and giving analysts access to it. They can visualize it, search it, sort it, link it and on and on. But is this a solution or just another incarnation of the big data problem – a huge haystack that the analyst is still left to drift through in his search for the needle? The haystack is more accessible, which is a good thing, but it’s still a haystack. In contrast, imagine technology that presents the analyst with a list of probable needles in order with the most likely needles on top and also says for each “this is why I think it’s a needle and here is the data and my calculations so that you can see if I’m right.” Now that’s useful, that’s not just a haystack, and that’s what analytics really is.

* Big Data Analytics. It’s the same idea as analytics, but now we have even more data than we used to have. Why do we have more data? Now, more and more of the data we’re collecting is unstructured. It doesn’t fit into a database with a field and a row and a page. It’s Twitter feeds, and Facebook posts, and text and mobile phone data. We all carry around devices in our pockets and purses that generate data 24/7.

BUSINESS TRANSFORMATION
According to the report, Big Data analytics has the potential to make intelligence more efficient, by detecting patterns in huge volumes of data, a process that was—and still is, largely—manual. That doesn’t mean the human factors of intuition and experience become irrelevant. It means that human decision-makers are delivered actionable intelligence that allows them to intervene more quickly.

Evolving to this level of capability demands a transformation in thinking, approach and technology for public safety agencies. However, they have plenty of commercial organizations to look to for examples of how to manage the journey. Chief among them is the financial industry. An era of rampant credit card fraud caused adoption of pin and chip card technology as well as a similar transformation to analytics to detect and prevent fraudulent card charges. How was that business transformation accomplished in terms of process re-engineering, hiring and retaining new skill sets, developing industry-specific intellectual property, cultural change and technology? The lessons learned are best practices that public safety organizations can adapt and apply, rather than starting from scratch.

The goal is the same — identifying threat behavior. The context is different, but the tools and approaches have much in common. There’s a movie called Moneyball, a docudrama that follows the general manager of the Oakland Athletics baseball team as he tries to rebuild a team with minimal budget based on an analytical culture. The old-school culture of scouts and gut-feel has to go by the wayside to succeed and the resistance is huge. The old-timers have climbed to the pinnacle of their profession and are not keen to be told that they’ve climbed the wrong mountain. So it is with analytics in the public safety environment. But it’s critical to remember: Analytics provides a more efficient opportunity to make security decisions and policy on an evidence-based level. That doesn’t make the decision-makers less relevant. But it can help make them more effective.

As Ray Boisvert, a security intelligence expert who formerly worked with Canada's spy agency, CSIS, recently reinforced at Securetech: “We’re in an age where everything matters in the context of data. The trick for the future is, how do we get to that data, sort it out and make good use of it? This is about preventative analytics, preventive police and investigative work.” 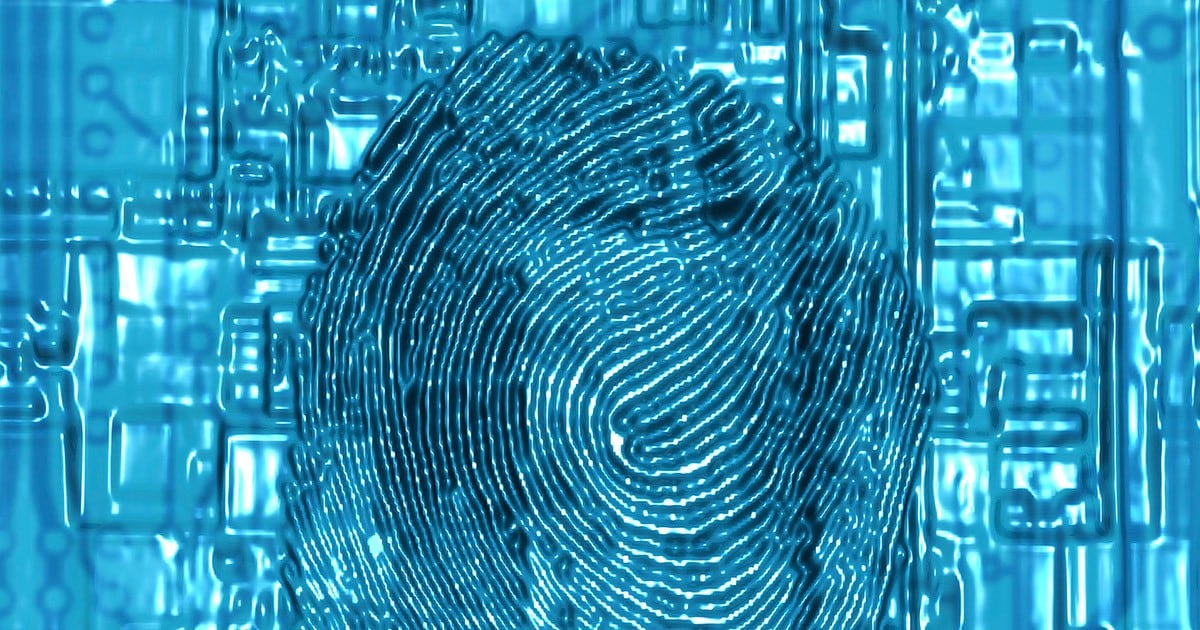