One of the paramount responsibilities of government is the protection of the welfare of youths and children. Study after study has demonstrated the correlation between contact and interaction with child protective services and later quality-of-life outcomes. And on too many occasions, at-risk youth become tragic statistics before they reach adulthood.

A heartbreaking case in point is the short, painful life of Phoenix Sinclair, a five-year-old Manitoba girl murdered by her mother and boyfriend after a history of contact with authorities. Phoenix’s plight could have been predicted, intervention could have happened before it was too late—had caseworkers had access to information siloed away in different reports, registrars and government departments in a timely and usable fashion.

The inquiry into Phoenix’s death made 62 recommendations to improve child protective services, including best practices regarding the use and management of information systems. “To truly honour Phoenix,” wrote inquiry commissioner Ted Hughes, “we need to provide all … children with a good start in life, and offer to the most vulnerable an escape from the cycle of poverty and vulnerability.”

In the on-demand webinar Using Advanced Analytics to Protect At-Risk Children, hosted by Institute of Public Administration of Canada (IPAC) Chief Executive Officer Robert Taylor, experts from SAS Institute and Ernst & Young discuss the challenges facing child welfare professionals, how data from disparate sources can flag high-risk situations, and how an evidence-based approach, focused on outcomes for at-risk children, can be driven through the operation, from policy-makers to program managers to front-line workers and improve outcomes.

Beena Tharakan, the Human Services Lead for Ernst & Young’s Public Sector Practice, says increasing number of reported child welfare cases and changing family dynamics are creating more demand for child welfare services. The stakes are high. Adult outcomes—social, economic, health, judicial, and more—depend on early intervention for at-risk youth. For example, children and youth who have had contact with the child welfare system are 200 times more likely to become homeless, at a public cost of about $7,000 a month each. Also, as children get older, the gap in education outcomes between those in care and the general population widens: fewer than 5% of children in care go on to pursue post-secondary education.

Governments are well-placed for evidence-based decision-making, and as tools become more sophisticated, there is pressure for decision systems to become more innovative. The unfortunate reality of the child protection system is that it is crisis-driven; by the time staff are aware there is an urgent problem, the time has passed for early intervention.

One of the biggest problem, she has learned in her 15 years of experience consulting with government and agencies in the human services sector, is one of data. It exists, in disparate forms and under various mandates, and “it’s not clear what the single source of truth is,” Tharakan says. Substance abuse and economic problems are directly linked to child welfare, but they are dealt with by different programs under different departments. The approach is service-centred – which often operate in silos, and not family-centred. Program staff not only don’t know what information they have, they don’t know what information they need.

In the webinar, Tharakan walks through the case history of Sam, a fictional, but typical, composite of at-risk children, detailing his numerous contacts with various systems—hospital visits, domestic violence, economic privation, truancy—all points at which a holistic and data driven approach to child welfare could have led to early intervention resulting in better outcomes. Creating a client-centric system, enabled by a solution that utilizes holistic data and advanced analytics on children and their families will assist in delivering more tailored services earlier, preventing situations of crisis.

Greg Henderson, with SAS’s Fraud and Security Intelligence Global practice, elaborates. In Phoenix’s case, numerous interactions with various authorities—including 13 referrals to child care services—were only part of the equation. Both parents had been in the child welfare system themselves; both had substance abuse issues.  She was bounced from foster home to foster home, making tracking difficult. After her father moved to Ontario, a boyfriend, with a history of violence and considered a danger to children, moved in with her mother. This wasn’t disclosed to child services, but his application for social assistance listed the same address. Their new child had a birth record; Phoenix registered for school, but never showed up. Documentary evidence spread across numerous departments, taken together, painted a picture of a child in dire need of intervention. The system, the inquiry found, had failed her.

Henderson is adamant that these situations are not an issue with staff—“Some of the biggest-hearted people I’ve ever met,” he says—but is systemic. Front-line child welfare staff can’t consult 50 different sources of information for every one of the dozens of children in their caseloads every day; it’s simply a logistical impossibility. In the meantime, 1,600 children in the system in the U.S. die every year.

In the Webinar, Henderson outlines best practices for child welfare systems, which closely align with the recommendations of the Phoenix Sinclair inquiry, and case study where jurisdictions have posted wins by incorporating them.

Information Sharing. It takes a village to raise a child. This is just as true in the case of at-risk children. An entire network of people influence the conditions for youngsters’ development, and leave a documentary trail across departments: work records, benefit information, health care records, licensing and registration, interactions with the criminal justice system.

The interrelation of all of this information can reveal risks that a child protection services file alone can’t. Of course, Henderson warns, it’s important to be cognizant of privacy regulations as they apply to the situation.

New Hanover County in North Carolina has seen a rising trend of child abuse and neglect cases. It also bears the dubious distinction of being the national capital for opioid abuse. While staff knew there was a correlation, the problems were handled by different departments. New Hanover integrated data from social services, 911 calling and criminal justice departments to flag increased risk. Alerts flagged the incarceration or release of related individuals, immediately notifying caseworkers.

Advanced Analytics. Child protection provides a unique twist on the needle-in-a-haystack problem: In a haystack that’s comprised entirely of at-risk children, how do you find the needles that are at the highest risk? Intake questionnaires tend to be binary in nature; answer yes or no to risk-related questions and total the score. It works. But it doesn’t provide a relative assessment of risk—combinations can multiply risk, not just add to it.

Advanced analytics techniques can provide a clearer and proactive picture. Anomaly detection—changes in school attendance, for example—can flag potential higher risk. Associative analysis can show who is linked to the child through records and addresses, and reveal their influence on upbringing. Predictive modeling based on historical events and correlation of data, can forecast outcomes, often with alarming accuracy.

One U.S. county reported about 50 deaths per year of children in the system. The county identified 225 tragic outcomes over a previous five-year period and developed an analytical model based on available data, which was applied to the cases. The model identified 176 of the cases three to six months before the actual event.

Operationalize. A child safety regimen needs continuous monitoring and assessment. “Caseworkers don’t have time to do this on every case every single day,” Henderson says.

Florida’s Department of Children and Families (DCF) recorded 430 child fatalities in 2012, many of them children in state care. Data was available, but not accessible, and time-crunched social workers were taking on bigger and bigger caseloads. The DCF launched a pilot project to assess the ability of big data analytics to identify and quantify the most significant risk factors and infer relationships among them. The analysis was not only accurate at predicting tragic outcomes, it also demonstrated positive relationships—for example, home visits reduced the probability of death by 90 per cent.

To learn more about the role of analytics in serving at-risk children, register for our free webinar.

Amanda is a technology, fraud and operations leader with over 15 years experience in payments and 25+ years experience in financial services. Amanda is focused on finding solutions to customers’ fraud, waste, loss and abuse problems. She is passionate about data & analytics and the role they play in reducing financial crimes and cratering better public outcomes in Canada. Amanda works to bring business and technology together, in partnership. 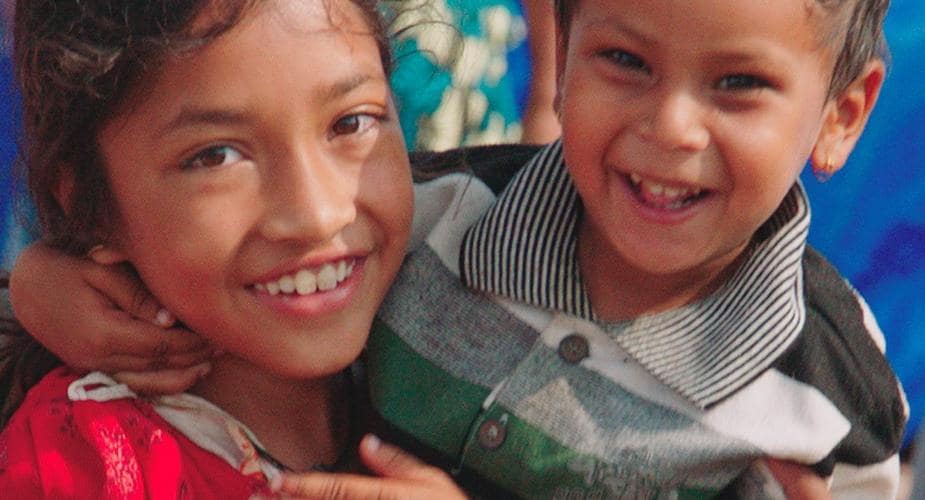