Big data and public security: Analytics on the world stage

April 2009 marked the start of the first flu pandemic in more than 90 years involving the H1N1 virus – a mutated version of the virus that killed hundreds of millions of people from 1918 to 1920, as much as 5 percent of the world’s population at the time.

The “swine flu” pandemic was first recognized in Veracruz, Mexico. Government agencies closed public and private facilities in an attempt to contain the spread of the virus. Those precautions came too late. An epidemic had been going on for months before it was officially recognized.

Since each infected person would infect an average of 1.75 others, the disease spread globally before the World Health Organization and the US Centers for Disease Control declared a pandemic.

What was? What is? What will be?

It’s hard to say how many lives were lost to this 2009 strain of the H1N1 virus because case reporting was spotty and inconsistent, especially in areas with underdeveloped health care systems. Experts seem to agree that the global death toll reached 284,500, but it may have been as high as 579,000.

How many of those lives would have been spared if the earliest cases in Veracruz were recognized as the seeds of a dandelion? Could the next outbreak be brewing somewhere, and we don’t see it because we’re not connecting enough dots?

hose are the kinds of questions we ask at CENTRIC. This multi-disciplinary research group is located within the Cultural, Communication and Computing Research Institute at Sheffield Hallam University, where I am Professor of informatics. The strategic aim of CENTRIC is to bring together citizens, law enforcement agencies, academics and technology vendors to undertake and support applied research.

In short, we are looking to advance the ways organizations use data and analytics for public security and safety.

The potential has never been greater. Yesterday we were talking about data management – still dealing with fundamentals of data integration, cleansing and access. Then it was knowledge management – how to generate and manage insights from that data. Today it’s about big data, which is changing the game.

We now have the computing power to not only understand past events but to create new knowledge from billions of data points – quickly. In minutes, we can run analyses that used to take days to run. Lifting the technology barriers has redefined what local, regional, national and global organizations can do with their data – and more importantly, what they can do when they share their data.

Some of the most valuable insights only become apparent when you have visibility across systems, such as cross-checking travel visas against data about purchases, criminal activity in other jurisdictions and social network connections, just for starters. For example, if more dots had been connected across international intelligence sources, would authorities have put London suicide bomber Mohammad Sidique Khan under surveillance after questioning him — twice? Would the scattered rumors of an impending attack have been taken more seriously if viewed collectively?

There are constraints to the data-sharing ideal, such as issues of privacy, data disparity and culture clash. However, the severity of the threats – the scale of the human risks and dollar amounts involved – has led to some softening of data use restrictions, both regulatory and cultural. And technology has advanced to the point where data can be integrated across agencies even when there are no common identifiers among systems.

At CENTRIC, we’re involved in projects that use diverse types of analysis to address violent crime, cyber-crime, terrorism and the preservation of public order. For example:

Central to all of these projects is the ability to access relevant data, quickly aggregate it, and then analyze it to provide both situational awareness (the ability to detect threats as they are occurring) and strategic intelligence (a broader view of trends and emerging threats to monitor).

When you start talking about generating these views on a global scale – such as a global swine flu pandemic – big data is a big part of the story. We can now combine massive data sources to understand what happened in the past, report on what’s happening now, and foresee what will happen in the future. For example, we can identify the patterns that are hallmarks of a crime and, with predictive analytics, use that knowledge as an early warning system to alert us when a similar crime begins to emerge.

Working together, agencies can harness the power of big data to understand the continuum of past, present and future – with a proactive focus on the future. Since the big data analytics foundation is available, there are no excuses. When the mission is public health, safety and security, we have a moral imperative to share data appropriately and to embrace analytics-driven decision making. 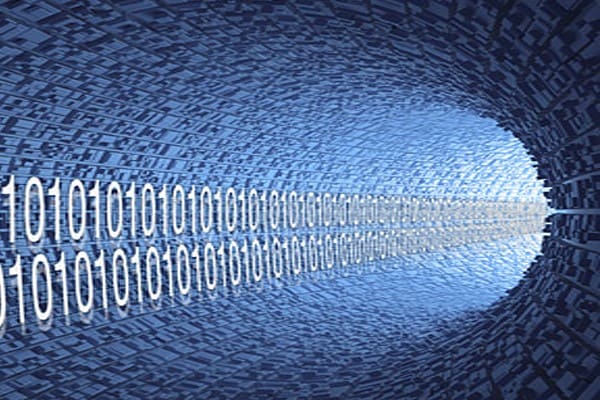