Natural language processing (NLP) is a branch of artificial intelligence that helps computers understand, interpret and manipulate human language. NLP draws from many disciplines, including computer science and computational linguistics, in its pursuit to fill the gap between human communication and computer understanding.

While natural language processing isn’t a new science, the technology is rapidly advancing thanks to an increased interest in human-to-machine communications, plus an availability of big data, powerful computing and enhanced algorithms.

As a human, you may speak and write in English, Spanish or Chinese. But a computer’s native language – known as machine code or machine language – is largely incomprehensible to most people. At your device’s lowest levels, communication occurs not with words but through millions of zeros and ones that produce logical actions.

Indeed, programmers used punch cards to communicate with the first computers 70 years ago. This manual and arduous process was understood by a relatively small number of people. Now you can say, “Alexa, I like this song,” and a device playing music in your home will lower the volume and reply, “OK. Rating saved,” in a humanlike voice. Then it adapts its algorithm to play that song – and others like it – the next time you listen to that music station.

Let’s take a closer look at that interaction. Your device activated when it heard you speak, understood the unspoken intent in the comment, executed an action and provided feedback in a well-formed English sentence, all in the space of about five seconds. The complete interaction was made possible by NLP, along with other AI elements such as machine learning and deep learning.

Royal Bank of Scotland uses text analytics, an NLP technique, to extract important trends from customer feedback in many forms. The company analyzes data from emails, surveys and call center conversations to identify the root cause of customer dissatisfaction and implement improvements. Watch the video to learn more about analytics transforming customer relationships.

Why is NLP important?

Natural language processing helps computers communicate with humans in their own language and scales other language-related tasks. For example, NLP makes it possible for computers to read text, hear speech, interpret it, measure sentiment and determine which parts are important.

Today’s machines can analyze more language-based data than humans, without fatigue and in a consistent, unbiased way. Considering the staggering amount of unstructured data that’s generated every day, from medical records to social media, automation will be critical to fully analyze text and speech data efficiently.

Human language is astoundingly complex and diverse. We express ourselves in infinite ways, both verbally and in writing. Not only are there hundreds of languages and dialects, but within each language is a unique set of grammar and syntax rules, terms and slang. When we write, we often misspell or abbreviate words, or omit punctuation. When we speak, we have regional accents, and we mumble, stutter and borrow terms from other languages.

While supervised and unsupervised learning, and specifically deep learning, are now widely used for modeling human language, there’s also a need for syntactic and semantic understanding and domain expertise that are not necessarily present in these machine learning approaches. NLP is important because it helps resolve ambiguity in language and adds useful numeric structure to the data for many downstream applications, such as speech recognition or text analytics.

Learn more about natural language processing in many industries

How are organizations around the world using artificial intelligence and NLP? What are the adoption rates and future plans for these technologies? What are the budgets and deployment plans? And what business problems are being solved with NLP algorithms? Find out in this report from TDWI.

The untapped potential in unstructured text

What can text analytics do for your organization?

Text analytics is a type of natural language processing that turns text into data for analysis. Learn how organizations in banking, health care and life sciences, manufacturing and government are using text analytics to drive better customer experiences, reduce fraud and improve society.

How does NLP work?

Breaking down the elemental pieces of language

Natural language processing includes many different techniques for interpreting human language, ranging from statistical and machine learning methods to rules-based and algorithmic approaches. We need a broad array of approaches because the text- and voice-based data varies widely, as do the practical applications.

Basic NLP tasks include tokenization and parsing, lemmatization/stemming, part-of-speech tagging, language detection and identification of semantic relationships. If you ever diagramed sentences in grade school, you’ve done these tasks manually before.

In general terms, NLP tasks break down language into shorter, elemental pieces, try to understand relationships between the pieces and explore how the pieces work together to create meaning.

These underlying tasks are often used in higher-level NLP capabilities, such as:

In all these cases, the overarching goal is to take raw language input and use linguistics and algorithms to transform or enrich the text in such a way that it delivers greater value. 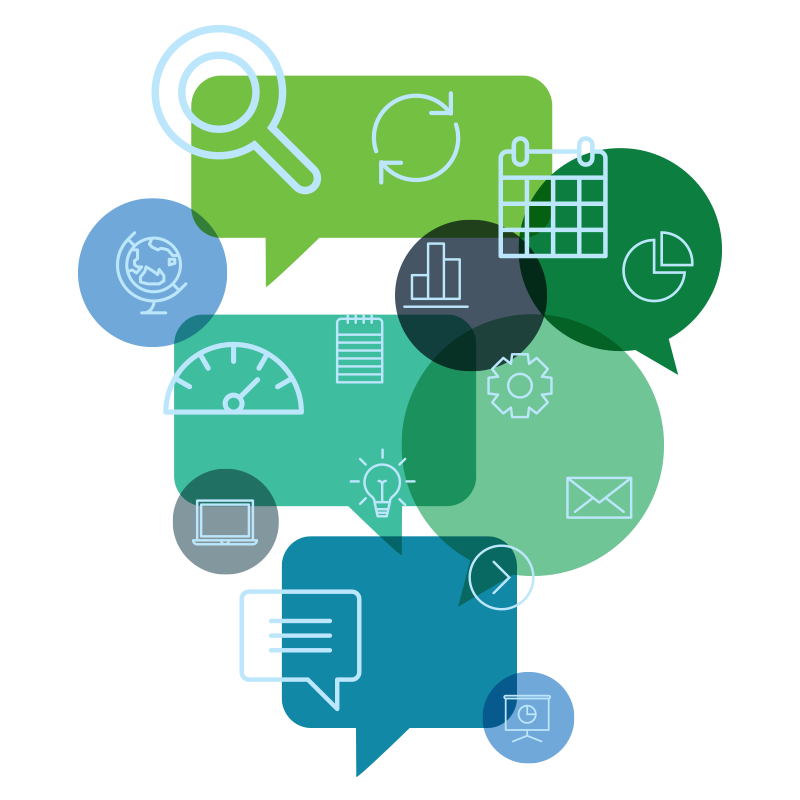 How can you find answers in large volumes of textual data? By combining machine learning with natural language processing and text analytics. Find out how your unstructured data can be analyzed to identify issues, evaluate sentiment, detect emerging trends and spot hidden opportunities.

Natural language processing goes hand in hand with text analytics, which counts, groups and categorizes words to extract structure and meaning from large volumes of content. Text analytics is used to explore textual content and derive new variables from raw text that may be visualized, filtered, or used as inputs to predictive models or other statistical methods.

NLP and text analytics are used together for many applications, including:

There are many common and practical applications of NLP in our everyday lives. Beyond conversing with virtual assistants like Alexa or Siri, here are a few more examples:

A subfield of NLP called natural language understanding (NLU) has begun to rise in popularity because of its potential in cognitive and AI applications. NLU goes beyond the structural understanding of language to interpret intent, resolve context and word ambiguity, and even generate well-formed human language on its own. NLU algorithms must tackle the extremely complex problem of semantic interpretation – that is, understanding the intended meaning of spoken or written language, with all the subtleties, context and inferences that we humans are able to comprehend.

The evolution of NLP toward NLU has a lot of important implications for businesses and consumers alike. Imagine the power of an algorithm that can understand the meaning and nuance of human language in many contexts, from medicine to law to the classroom. As the volumes of unstructured information continue to grow exponentially, we will benefit from computers’ tireless ability to help us make sense of it all.

What to read next