Jump to today and you’ll find a similar state of affairs with the Internet of Things. Sure, it’s here in pieces. Perhaps you wear a Fitbit to track your health or you’ve looked into buying a smart refrigerator. It’s safe to say that we’re in the first inning of the IoT. I have no crystal ball, but I strongly suspect that business – not consumers – will lead the IoT revolution. In this article, I’ll explain why consensus around IoT standards is likely to help the Industrial IoT (IIoT) arrive first.

This is common knowledge within the tech industry. Along these lines, organizations have been working diligently to develop and agree upon the technical specifications on which the IIoT will depend. For instance, the OpenFog Consortium and the Industrial Internet Consortium are building the architectural framework and setting direction for the Industrial IoT. Even chip-making rivals such as Intel and Qualcomm are finally cooperating.1

I don’t mean to imply that only current behemoths are driving adoption of the IIoT. Nothing could be further from the truth. There’s no shortage of startups looking for their seats at the table. Consider Filament, an industrial network provider. The company focuses on IoT applications, specifically those that provide long-range wireless sensor networks secured by blockchain technology. As Ed Ruth writes, “Using its decentralized IoT stack, any device can discover, connect, interact and transact value without central-authority requirement.”2

[1] A significant step toward seamless connectivity.
[2] Industrial and consumer IoT grow in order of magnitude. 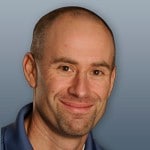