Change the record: how to use stats and analysis to shift organisational debate

If anyone hasn’t yet seen the recent #irelandinspires video, released by Fáilte Ireland to coincide with St Patrick’s Day, I’d heartily recommend it. It uses some powerful statistics to shed a positive light Ireland for a global audience – a pleasant change from our usual way of doing ourselves down.

It clearly shows how stats can shape debate, change a narrative and influence how people feel about a nation or a company. The Central Statistics Office (CSO) certainly has enough numbers to choose from. But the real trick is knowing which stats to pick and how to use them.

The media and politicians are particularly adept at hijacking statistics to add weight to their point of view. I’ll give you an example. For as long as I can remember, the unemployment rate is the stat that has been used and abused more than any other. Governments have been re-elected as it fell and met their demise as it rose back up again.

After the economic crash, as the green shoots of recovery began to emerge, all eyes turned to that trusty barometer – the unemployment rate – for proof. The debate raged, with one side saying: “It’s the recovery, I tell thee.” But the other side said: “Bah! We’re bleeding people through immigration, OF COURSE the unemployment rate is coming down. It’s another brain drain I tell thee!”

Then the government brought in a new barometer: the numbers in employment. It had always been there, but now it suited the narrative much better. “Recovery, I tell thee! Just look how many more people are in work. See how many jobs are being created,” they cried. Now this is the number that is being pored over and quoted. The result? The quantity of jobs is widely accepted as growing, and the national debate has shifted to other metrics, e.g. the quality of jobs being created – a much more positive story and productive debate.

So how can this be applied to business? Like national statistics, everything in business is measured; this gives organisations a raft of measures, or a ‘basket of KPIs’, which are reported regularly. The problem is that each of these metrics will be interesting to different people for different reasons, e.g. HR, IT, finance. This leads to confusion and disagreement, and makes it hard to get everyone pulling in the same direction.

The key is to find one metric that is valuable to, or has consequences for, everyone. And then use it to change the narrative, just as the government did with the employment rate. This can be done using simple analysis; you find the metric that correlates to all the others and use that as your new barometer. By continuing to report on this barometer, and putting it into context, it is easier than you might think to get buy-in and a positive reaction from employees.

Putting the tools in place to pick the right statistics is relatively simple. For example SAS® Visual Analytics gives people across your organisation, not just IT, the power to explore your data to find correlations that identify the best barometers for your business.

Get in touch to discuss how SAS can help you get better insight from your data, or follow SAS Ireland on Twitter to hear our latest news and views.

Tell us what you think! 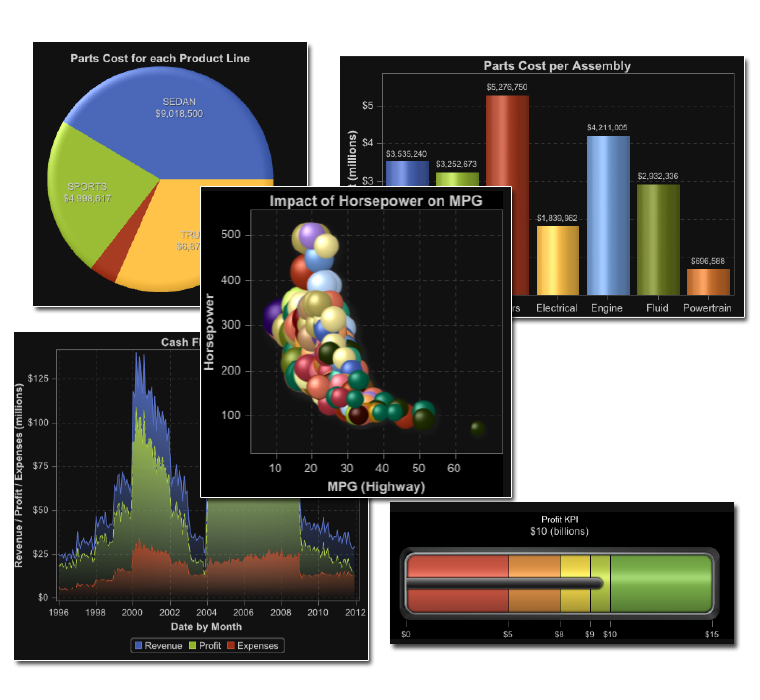 The key is to find one metric that is valuable to, or has consequences for, everyone. And then use it to change the narrative, just as the government did with the employment rate. This can be done using simple analysis; you find the metric that correlates to all the others and use that as your new barometer.