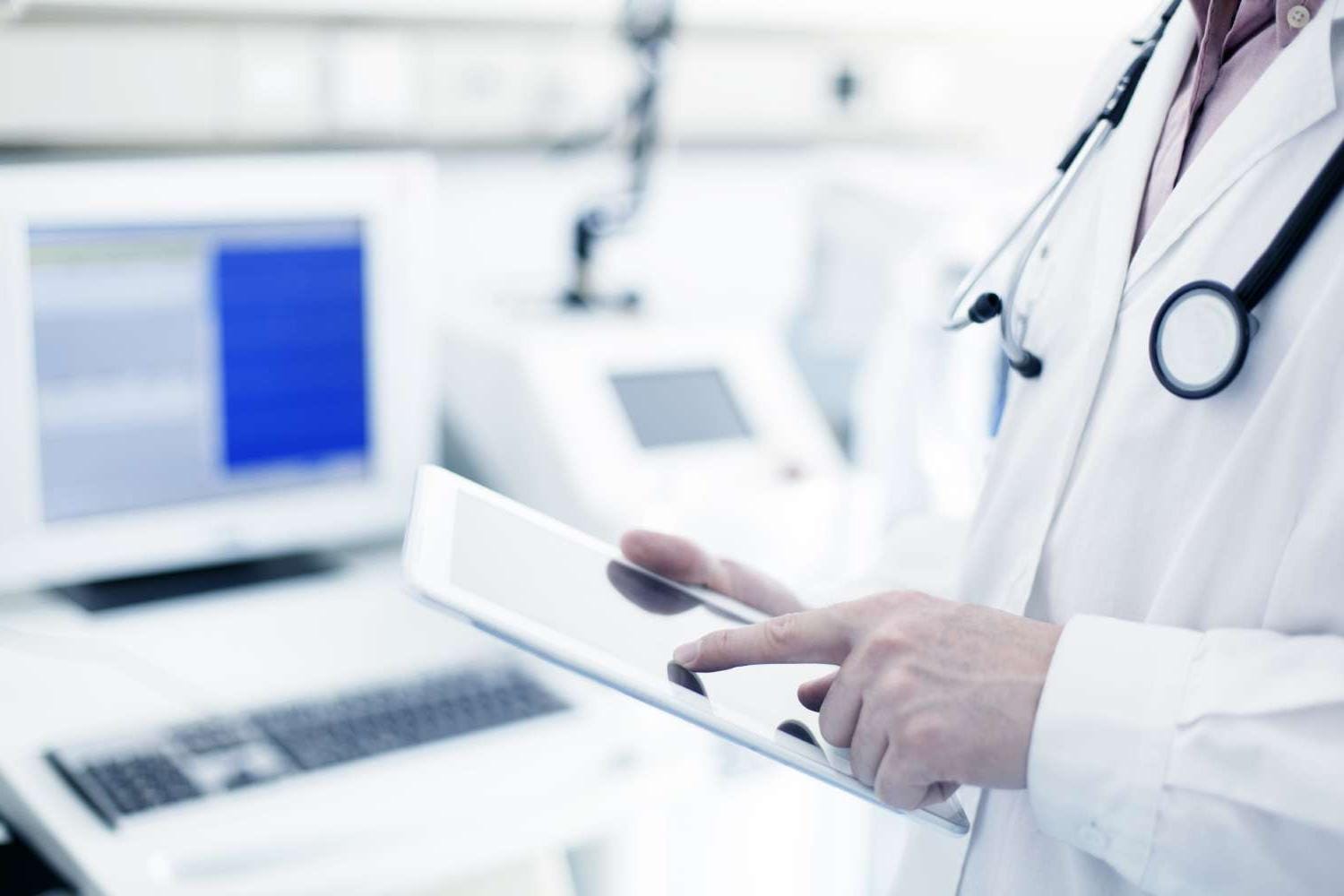 How advanced analytics could help with early detection

Michael J. Fox is known worldwide for his many memorable film and TV roles: Marty McFly in the Back to the Future trilogy, Mike Flaherty on the ABC sitcom Spin City, Alex P. Keaton in the series Family Ties, and Lewis Canning in the CBS hit drama The Good Wife. But one part Fox never willingly signed on for was that of Parkinson’s disease patient. Fox was diagnosed at age 30 after developing a twitch in his finger.

Fox is now 57, and his disease has progressed to the point that his entire left side experiences tremors and stiffness, and he usually wakes up shaking uncontrollably.

And he’s far from alone. Parkinson’s is one of the most common neurodegenerative disorders, affecting an estimated 1 million Americans and upward of 10 million individuals worldwide. Fox has used his celebrity to fight for a cure, and since 2000, the Michael J. Fox Foundation for Parkinson’s Research has funded more than $750 million in research to speed new treatments.

Machine learning and advanced analytics have played a role in one significant project the foundation sponsored starting in 2011: the Parkinson’s Progression Markers Initiative (PPMI). This project collected a wide set of data from patients and applied machine learning to accelerate diagnosis of the disease – and the results will ultimately lead to the development of better treatments.

From preventing life-threatening illnesses to protecting endangered species to rebuilding after natural disasters, organizations across the globe are harnessing data to make a difference. Read this ebook to find out how they’re helping solve some of the world's most challenging issues.

Parkinson’s disease progressively destroys a patient’s ability to control movements and causes problems like depression and anxiety. Early diagnosis is critical to providing patients with treatments that can manage and delay disease progression.

Unfortunately, there’s no definitive test that can diagnose the disease in its early stages. While doctors can evaluate Parkinson’s disease based on motor symptoms – such as shaking, rigidity, slowness of movement and postural instability – these symptoms appear late in the disease. It can take five to 20 years from the onset of the disease for motor symptoms to appear.

And starting treatment at the advanced stage is of little benefit to Parkinson’s patients. What scientists need for early diagnosis are validated biomarkers – measurable substances in the patient’s blood, urine, cells, DNA or other body parts – that they can use to definitively diagnose the disease when it first appears and track its progression over time.

“More than 1,000 Parkinson’s disease patients participated in the study,” says Anya McGuirk, Distinguished Research Statistician Developer at SAS. “It was conducted in 33 locations in the US, Europe, Israel and Australia over a 4.5 year period, and researchers collected a wide set of clinical and imaging data from patients over the course of 11 visits.”

At each visit, physicians looked at all known symptoms, running an inclusive set of clinical and behavioral assessments. Tests included taking brain neuroimaging scans and collecting specimens such as cerebrospinal fluid (CSF), DNA, RNA, plasma, serum, urine and cell lines. The results of all these tests were combined into a score that indicated the severity of the disease in the patient.

With accurate predictions, physicians will be able to start treatment earlier, when it can have a greater impact. Anya McGuirk Distinguished Research Statistician Developer SAS

McGuirk and two other data scientists (Wei Xiao and Saba Emrani, both formerly of SAS) used the PPMI project data and applied multitask machine learning to develop a model that can forecast progression of the disease for new Parkinson’s patients.

The SAS model predicted disease progression by forecasting test scores using the measurements from the initial, baseline evaluation and the subsequent visits all in one model. The model also helped determine which known biomarkers were most important – and discovered new ones.

McGuirk, Xiao and Emrani decided to rely on a multitask learning regression framework. “In the past, researchers have used conventional machine learning models that require the creation of a separate model for each of the 11 patient visits. But Parkinson’s disease is progressive,” says McGuirk. “The results seen at the first visit are related to the second, third and all subsequent visits. The PPMI project was unique in using a multitask learning regression model that looks at all data from all the visits simultaneously.”

By taking into account relationships between multiple tasks, multitask learning improves overall performance of the model. “Say the data from one visit was messy – the clinician was sloppy in taking the samples,” says McGuirk. “If you try to forecast Parkinson’s disease based on that one visit, you would get an inaccurate reading. When you can tie the forecast to models for multiple visits, results will be much more accurate.”

Breakthrough results could lead to a cure

The model McGuirk’s team developed proved better able to predict disease progression across each of the 11 patient visits over the 4.5 year study period than conventional approaches. “With accurate predictions, physicians will be able to start treatment earlier, when it can have a greater impact,” says McGuirk.

In addition, the team was able to validate some already established biomarkers and discover new ones that are best able to differentiate between healthy individuals and those with the disease.

With these newly discovered biomarkers, it’s possible that Parkinson’s disease researchers could expedite the development of effective treatments – and possibly even a cure for longtime sufferers like Michael J. Fox. “That’s the goal,” says McGuirk.