Mario Quagliariello is currently the Head of the Risk Analysis Unit at the European Banking Authority (EBA). He previously served as a senior economist in the Regulation and Supervisory Policies Department of Banca d’Italia, the Italian central bank. He has been the representative of Banca d'Italia in a number of international working groups dealing with financial stability issues at the ECB, CEBS, IMF and the Basel Committee for Banking Supervision. His interests concern macroprudential analysis and stress tests, Basel II and procyclicality, the economics of financial regulation.

He is teaching international, European and Hellenic monetary and financial law, as well as economic analysis of law, fields in which he has also published extensively, in Greece and internationally. His most recent book, in 2012, on "Fundamentals of Public International Financial Law" was published by the Nomos Verlagsgesellshaft.

Marios Koliopoulos is a Managing Director with Alvarez & Marsal and a member of the leadership team of A&M’s Financial Industry Advisory Services in EMEA. He also serves as country leader for A&M’s business in Greece, bringing more than 17 years of experience in financial services within banking and industry. Before joining A&M, Mr. Koliopoulos served as the Deputy Chief Executive Officer of the Hellenic Financial Stability Fund (HFSF), the entity assigned to manage the €50 billion allocated for the recapitalization and stability of the Greek banking sector within the context of the Greek bail-out program.

There, he handled numerous challenging assignments within tight deadlines, including most notably the c.€28 billion recapitalization of the four systemic Greek banks which was successfully completed in June 2013; the accelerated full recapitalization of a systemic bank that failed to raise private capital; and the liability management exercises of the systemic banks. Before HFSF, Mr. Koliopoulos was a financial adviser at Hellenic Petroleum, a leading energy sector industrial group in Greece and Southeast Europe, where he led the structuring and execution of complex and inaugural debt capital raising transactions. Despite the negative economic and capital market conditions for Greek issuers due to the sovereign debt crisis, he was successful in helping the company refinance maturing debt of c. $1.7 billion and diversify its funding sources.

Mr. Koliopoulos also led the activities in Greece for Bank of America, where he served as branch general manager and as a managing director within corporate and investment banking. There, he successfully managed the bank’s turnaround and repositioning by developing and executing a new client and product coverage strategy which included the bank’s re-entry into the Greek shipping industry. During his almost decade-long career with the bank, he completed landmark transactions for clients and provided corporate finance, capital raising and risk management solutions. Additional pan-European assignments include Kvaerner Corporate Development in London (U.K.), the investment arm of the Anglo-Norwegian Group, Kvaerner, where he was involved in project and asset finance transactions. Mr. Koliopoulos earned an MBA and a master of science degree in advanced mechanical engineering from Imperial College in London and a BS in mechanical engineering from Lehigh University in the U.S.

Stefan has 27 years of experience in Business Analytics and Data Management, he has designed and managed projects for Risk Management, Capital Markets, Dealing-Room & Back-Offices in banks & insurance companies. He is responsible for the Management of the Sales Support Team at Risk CoE.

At SAS, Stefan was the initiator of the Basel II & the Solvency II offerings.He is surrounded by a great team of driven young risk professionals,

Before joining SAS in 2001, Stefan was Entity Manager in the Belgian IT Organisation of ING Bank, responsible for Risk Management Systems.

Martim comes from a background of 20 plus years of experience in Business Analytics and Data Management, he has designed and managed projects for Finance Management, Risk Management, Predictive Analytics, Financial and Sales Performance, Strategy Management, Cost and Margin Efficiency, Customer Analysis and Segmentation, the majority developed in banks, insurance and other financial services companies. He is responsible for the topics of Capital Planning and Risk and Finance Integration.

For several years Martim has lectured courses of Advanced Decision Support Systems, Data Warehousing and Data Mining at the Autonomous University of Lisbon and at the ISCTE Business School.

Before joining SAS, Martim was a partner on the Business Analytics focused consulting firm, Noscitare.

Under the auspices of the 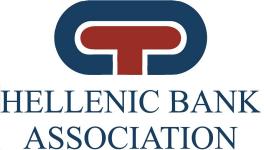 There is no fee but you have to register