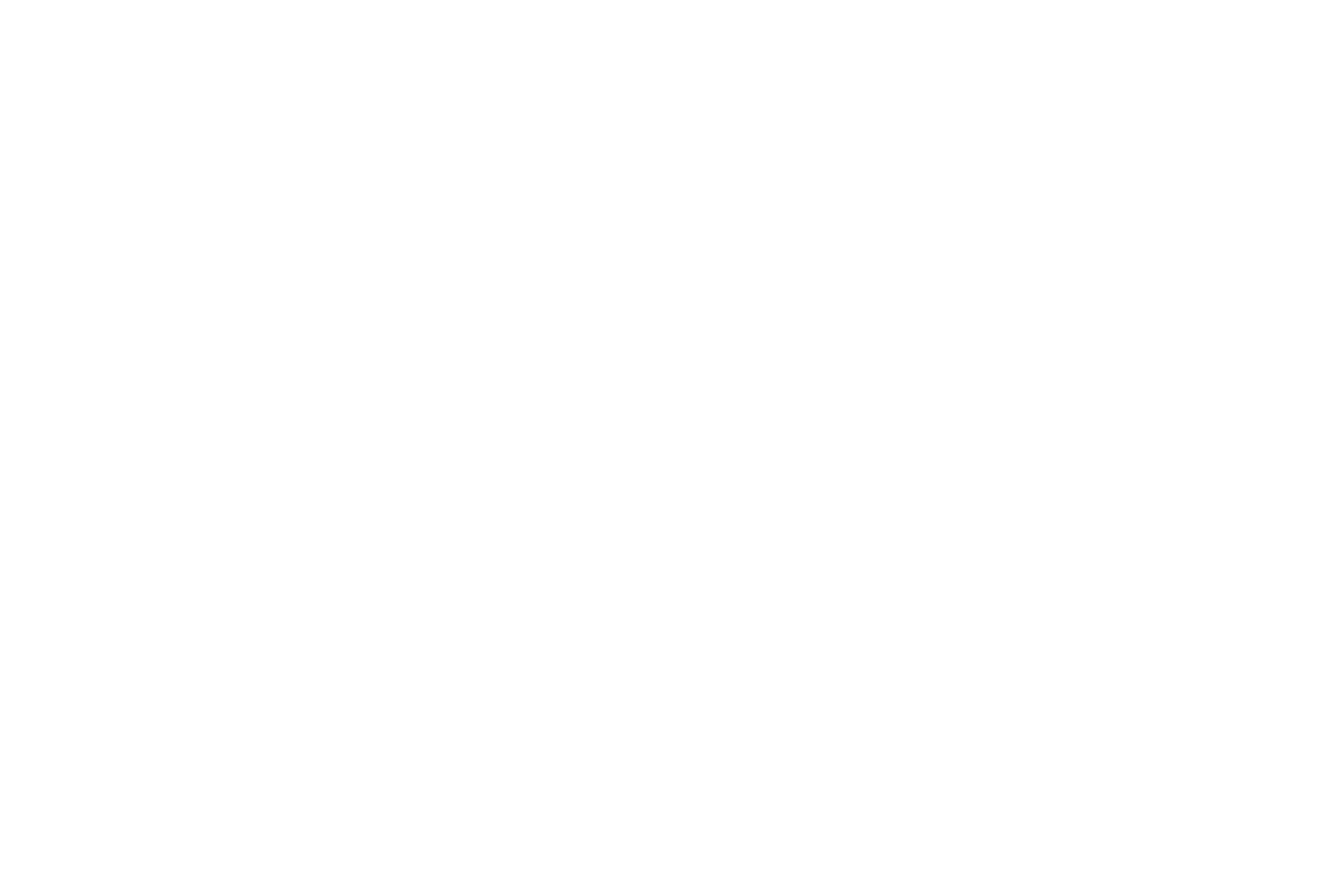 With more than 400 of our sessions confirmed, be sure to review our Session Catalog.

Our conference sessions are top notch – and they aren’t one-size-fits-all. Featured thought leaders will present case studies on the latest industry topics. Plus, we offer a gamut of learning opportunities: lecture-style sessions for the classroom learner; 10-minute Quick Tip sessions for those who prefer a more abbreviated approach to learning; e-posters for the visual learner; and more.

This live demonstration introduces Barbot the Brixologist, an autonomous LEGO robot who mixes and serves an array of adult beverages. LEGO MINDSTORMS Evolution 3 (EV3) represents the third-generation programmable “Brick,” a hand-held computer developed by the LEGO Group that intelligently drives LEGO robotics. Released in 2013, EV3 uses sensors built by LEGO Group (including haptic, gyroscopic, ultrasonic, infrared and others) to interpret, interact with, and respond to environmental and user stimuli. In April 2019, the LEGO Group released an inaugural MicroPython library that can be used to program EV3 creations on ev3dev, an operating system based on Linux, which supplements the existent ev3dev-lang-python Python library. This session discusses the Python and MicroPython event data capture and data analysis on which Barbot relies and which ensure that each drink is served to perfection!

Bio
Troy Martin Hughes has more than 20 years of experience leading SAS teams and projects in support of federal, state and local government initiatives. Since 2013, he has given more than 100 presentations, training sessions and Hands-On Workshops at SAS conferences, including SAS Global Forum, Analytics Experience, WUSS, SCSUG, SESUG, MWSUG and PharmaSUG. Additionally, he has authored two books that model software design and development best practices.

Reaching Your Potential as a Statistician and Leader

Reaching Your Potential as a Statistician and Leader

In years past, a popular question in interviews, mentoring sessions or goal-setting discussions was, “Where do you hope to be in five or 10 years?” Many statistical leaders will tell you that the path of their career was not what they planned, if there even was a plan. But they can tell you some skills and/or experiences that were instrumental in helping them achieve advancement and success. So, perhaps a better question is, “How will you advance your skills so that you can grow as a statistician, take on new roles and challenges, and continue to contribute to your organization or profession in a way that is fulfilling and rewarding?” Simply put, “How will you reach your potential as a statistician and leader?” This presentation provides insights and guidance to this question through personal experiences and leadership study. Concepts that are discussed include networking, business acumen, strategic thinking and teamwork. The presentation also provides ideas for actions you can take to move forward in reaching your potential as a statistical leader.

Bio
Gary Sullivan, PhD, is a Leadership Specialist and Statistical Scientist at Espirer Consulting, where he provides leadership training and guidance primarily to statisticians and data scientists. He is currently working with the ASA where he has developed and administered leadership training on business acumen, cultural competence, decision influence and executive presence. Sullivan is also the co-developer and primary instructor for the Effective Statistician Leadership Program, an online leadership course for statisticians in the pharmaceutical industry. He has provided leadership training to more than 400 professionals primarily within the pharmaceutical industry and the ASA. Sullivan retired from Eli Lilly in 2017 as the Senior Director for Non-Clinical Statistics. He joined Eli Lilly in 1989 and held various technical and administrative roles over his 28 years there. Sullivan received his PhD in statistics from Iowa State University.

Tell Me a Different Data Story

Tell Me a Different Data Story

The easiest data story to write involves an event – something in real life – changing over time. This change can be measured with the right data metric, comparing its value before and after the event. The more dramatic the change, the more interesting the data story. But insight projects are usually more complicated than a single event. Many involve the analysis of multiple events or the output of different segmentation profiles. This insight also needs to be effectively communicated to initiate change. Learn how to write different data stories, depending on the insight you have to communicate, and how to effectively tell them using data visualization. All of these learnings can be applied to SAS® Visual Analytics to enhance your data storytelling.

Tell Me a Data Story
Data is everywhere, but it’s what we do with that data (what insights we tap into) that makes it so valuable. Insight is what can put you ahead of the competition, save company resources, improve customer experience, or even save lives. But all this power means nothing if the insight never leaves the analytics team. Insight communication is an important responsibility for anyone working with data. If insight is not effectively communicated, there is less hope of it initiating change. Data stories are an effective way to engage people with data insights. Humans are evolutionarily hard-wired for narrative, and data stories evoke empathy for what the numbers represent. Data storytelling is about communicating your insights effectively and giving your data a voice. This is the Hands-On workshop version of Kat Greenbrook’s popular SAS Global Forum 2019 breakout session. You'll learn how to find the right story metrics from the noise of data, write a data narrative, and tell a story using data visualization.

Bio
Kat Greenbrook is the founder of Rogue Penguin, a data story and visualization company in New Zealand. She has more than 10 years of experience in analytical modeling roles, but after a shift in vocation now focuses on the challenge of data communication. Greenbrook retrained in digital design and uses visualization as a tool to help businesses tell their data stories.

Natural language processing (NLP) can greatly improve the efficiency of identifying adverse events and other concepts of interest in specific document collections. This project focuses on using SAS® Visual Text Analytics, an NLP platform, to identify adverse events from the FDA drug product labels that might affect only special populations (such as the elderly) and negate any adverse events that were falsely recognized due to being predisposing conditions. To implement this, we create custom concepts within SAS Visual Text Analytics to examine FDA drug product labels from DailyMed and use the MedDRA ontology to identify relevant adverse events. Further manual pattern recognition based on subject-matter expertise is used to eliminate terms; refine custom concepts; and add categorical rules to further increase precision by eliminating errors in negative words, results due to animal studies and predisposing conditions. A sample of documents are scored with respect to a manual scoring system. The scores allow the Boolean Rule generator in SAS Visual Text Analytics to derive linguistic rules that try to replicate the scores. Even if the linguistic rules fail to achieve a desired accuracy, the rule definitions provide insight to allow for more extensive manual editing of existing human derived rules and concepts. The resulting concepts will be the base for more extensive categorical rules that will allow the FDA to identify drug labels that are consistent with geriatric labeling recommendations.

When the Post-9/11 GI Bill was implemented in 2009, Congress failed to establish metrics to measure its success in helping veterans transition from military service to rewarding civilian careers. Veterans Education Success has attempted to fill this information void by using the available US Department of Education and US Department of Veterans Affairs data sets to shed light on institutional sector enrollment trends, veteran student loan debt, noncompletion rates and outcomes at the schools veterans choose to attend. This presentation focuses on the challenges VES faced in using the available data to report on these topics.

Bio
Walter Ochinko is the Research Director at Veterans Education Success (VES) where he conducts nonpartisan research on issues of concern to student veterans, including veteran student outcomes and student debt levels. VES is a nonprofit organization dedicated to protecting and defending the integrity and promise of the GI Bill and other federal education programs for veterans and service members. Before joining Veterans Education Success in January 2015, he worked for the US Senate Homeland Security and Governmental Affairs Committee where he focused on veterans' education issues for two years. He has extensive experience working with the legislative branch at both the US Government Accountability Office (GAO) and the US Congressional Research Service, where he carried out research on a variety of topics ranging from foreign affairs and national defense to health care. He received his bachelor's degree from Georgetown University and his master’s degree from Columbia University.

From AI to XI: It All Starts With “HI”

From AI to XI: It All Starts With “HI”

Bio
Tho Nguyen is an author and experienced professional with more than 20 years of demonstrated success in analytics, data management, strategy/product development, marketing and sales. Nguyen has a strong business and technical background with excellent analytical, organizational, presentation and communication skills.

Select your area of interest for more information:

Sessions
These sessions are 20 or 50 minutes long and provide insights on the in-depth aspects of SAS software, including programming techniques, technical features, and innovative and practical applications. Presenters will be showcasing strategies and best practices on how to apply SAS to solve industry-specific challenges.

Executive Program Sessions
These sessions are 50 minutes long and feature case studies, best practices and thought leadership presentations. Hear how other executives are innovating and making decisions with analytics and SAS.

Hands-On Workshops
The name says it all. Attendees get real, hands-on experience in these 45- and 90-minute workshops. Hands-On Workshops (also known as HOWs) are intended to help attendees learn how to use the features of SAS or JMP®.

Quick Tips
These sessions are a great way to learn quick tips and tricks, and useful nuggets of programming techniques from SAS experts. A Quick Tip session is 10 minutes in length and offers an expert’s view on one concept in a concise and practical way.

E-Posters
E-poster presentations allow attendees to view content in a digital format for a more relaxed experience. Attendees will have smaller group discussions with the presenter. Topics for this session type could include basic SAS coding efficiencies, statistical graphics or the latest enterprise business intelligence tools. E-posters will be displayed throughout the conference.

Super Demos
Get an in-depth demo of a SAS technique, feature or procedure during these short how-to sessions. There are also Super Demos available for partners.

Pre-Conference Tutorials (Extra-Fee Events)
Boost your SAS knowledge. Add pre-conference tutorials to your conference experience. You'll get a lot of information in a short amount of time. Tutorials are led by SAS professionals from the community and SAS.

Post-Conference Training (Extra-Fee Events)
Extend your conference experience and increase your SAS knowledge with training courses by SAS Education. Be sure to check out the sessions and tracks for guidance on your training journey.

Select the topics that interest you, and find out more.

Don’t let a little thing like stage fright or trouble bringing your thoughts to life stand in your way.
We’ve got a presenter mentor program designed with you in mind. Got ideas but not sure how to
share them? Unsure if you’re ready to present in front of your peers?

Our experienced network of mentors can help you:

Please note: Submissions are reviewed by an elite panel of content reviewers and approvers.
The committee encompasses a diverse array of backgrounds and skills.