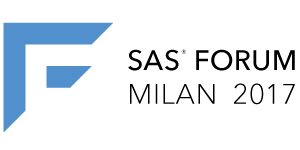 Artificial intelligence helps developing the human mind and creativity. This was one of the main messages from SAS Forum in Milan. The technological progress drives the individuals and society forward as they learn how to coexist with machines

Icardi is convinced that data-driven enterprises are the future of every economy and that any company that will want to succeed in this new reality should become a technological company - one way or another. "That's why we need to learn more and develop skills and knowledge that will be needed in the digital world which will be governed by real-time user experiences and supported by artificial intelligence. Companies are fighting for data scientists. Connecting with customers, partners and competitors will become very important and will create new conditions - some from today's standpoint unusual synergies and partnerships will arise. Products will become services," Icardi added.

"The ultimate goal of digital transformation is a creative process that requires us to first make a change of mindset followed by the change of technology. Cooperation, openness, knowledge transfer and mastery of new competences coincide with the development of new technologies. This combination of factors will enable us to build something tomorrow that we couldn’t even imagine yesterday,"

Humans are growing simultaneously with technology

Cloud computing, advanced analytics and machine learning have radically changed the ways of doing business and creating value. At the same time they prove to be an extraordinary motivation for the rise of human intelligence and creativity. Both fields are therefore reaching new milestones.

The relationship between man and machine is changing and in it both parties are advancing. The machine is no longer just a dumb tool but an increasingly independent partner who knows how to participate. Humans, thanks to their intelligence drawn from intuition and helped by risk management and the ability to learn from mistakes, are growing besides machines. And it is precisely this combination of smart(er) robots and intelligent humans that will turn once unimaginable into possible. Intuition will always be on the side of humans. Because of it people are on average still better drivers than autonomous driving systems.

Oliver Schabenberger, chief technology officer at SAS, presented in more detaile the role of modern analytics in an interconnected world of artificial intelligence and collaboration of man and machine.

"Discussions about artificial intelligence are very interesting. We have two sides: one who believes that AI will empower our lives while the other believes that smarter machines are taking our jobs. The difference between scepticism and excessive optimism is actually not a big one," Schabenberger chased the attention of the audience. 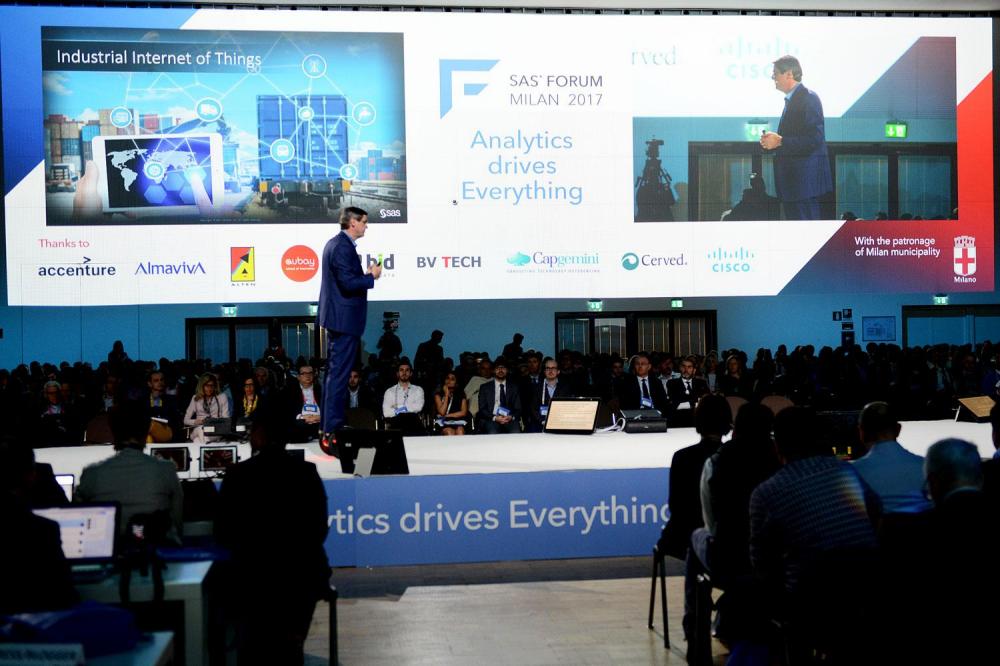 "The data that we are not analysing yet is a value which is waiting to be discovered," was Schabenberger’s message. Business information is also a kind of intellectual property of companies but for their empowerment and exploitation several companies will first have to create a culture of analytics and data processing. Just adding technology solutions to the portfolio won’t be enough. "We need a culture of analytics. The more reports with high-quality information we have the more effective we are. New generation of devices and sensors can measure and capture 200 times more data and it is significantly faster at data processing. This way new patters are discovered way quicker and in the case of them being negative they can also be prevented or avoided. Analytics is very much important for the understanding of the business," Schabenberger added.

Consumer and industrial Internet of Things enter the digital scene

Sensors are rapidly becoming increasingly smaller, cheaper while computational capabilities continue to grow. Information technology is becoming ubiquitous and affordable. Yet managing massive amounts of data generated by a wide variety of sensors is only possible with some advanced technology. The practical value is of course great - for example, predictive maintenance of fleet vehicles can replace worn parts before they fail.

"Predicting the future is of course possible by using the analytical models which understand set priorities and are able to stay constantly updated with new data. The Internet of Things literally requires analytics as companies familiarize themselves with both normal and abnormal data patterns. Identifying the latter is highly demanding since it is also necessary to model really rare events which requires some imagination. Data challenge in the world of the Internet of Things is not tied solely to the size or volume of data but also the speed of their creation. Most of the data simply cannot be pumped into the cloud where the advanced analytics is performed because the information it holds is only useful for a short period of time - for example, a car just before the accident or a credit card before unauthorized transaction. We must analyse the data where it is, on the spot," Schabenberger explained. 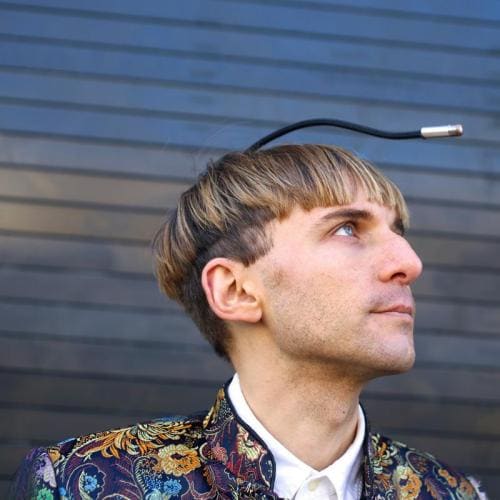 In this case machines have the upper edge on humans as they see more of everything in the data than people and are able to learn quickly from their findings. In the case of the Internet of Things and machine learning data can trigger advanced learning and automatic creation of algorithms for pattern recognition. Modern solutions for statistical modelling are already helping companies choose the most suitable model for data analysis based on the data they are fed with.

The IoT will greatly help individuals to further personalize their lives, especially in interaction with products and services. The impact will be felt across the society - smart buildings will be able to tell whether its inhabitants are happy, a car will inform nearby cars about a hole in the road and the like.

Current artificial intelligence is in its toddler stage

Learning means conquering new skills. People and machines have somewhat similar approach to it - we do it by observing and gaining understanding which is later on followed by automation. There are two types of artificial intelligence out there - a weak and a strong one. The first is already very well developed as its role is to perform simple tasks. A machine fitted with it can focus on one or a few tasks and master them.

"A system that plays the game Go will not automatically excel at poker – but a man can. Of course this system can be thought how to play poker as well. It will need a lot of computing power but we have plenty of it nowadays. Neural networks further improve the accuracy of artificial intelligence; technologies of computer vision and sound recognition are achieving remarkable results. With them machines receive Superman powers, i.e. are better at it than humans, and can repeat the given tasks in 24/7 mode error free. People learn from research but algorithms must be taught first otherwise they cannot distinguish between a cat and a giraffe - if they are previously not presented with differences. Things are thus smart but not intelligent as humans are. Artificial intelligence can sometimes see things in its own way and this can however be useful for business, especially when people cannot see something or anything in the data," Schabenberger said.