Think Different in a Digital World

Why intelligent decisioning is necessary to meet customer demands in 2020

Covid-19 is a once-in-a-generation crisis that is defining the new normal, presenting organisations with their greatest test; adapting to instability. All are affected, yet those able to pivot and tack faster will invariably claim the wins. The focus is on the intermediate term, which makes timing crucial. Now, more than ever, firms need to be able to access and leverage the right data at the right time in order to meet changeable demand.

However, with continued flux in consumer demands, geopolitical (in)stability, and a rising cyber-security threat, all transformation can easily be derailed. The route to success is anything but clear.

Join us to learn how SAS are helping large organisations navigate these fundamental challenges with expert advice and real-life experience. 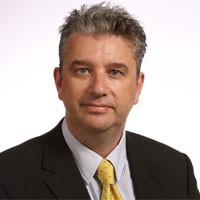 Laurie Miles is a Global Director of Cloud Analytics, providing analytical advice and thought leadership globally across all industry verticals. He brings over 25 years of real-world analytics experience to the role.

After joining SAS in 1996, Laurie was a consultant delivering analysis focussed projects to organisations from a variety of industry sectors including financial services, telecommunications, retail and utilities. He became SAS UK’s Head of Retail Banking Technology in 2000. Laurie was later appointed Head of Analytics for SAS UK & Ireland in 2008, working with some of the UK’s largest organisations providing strategic advice and forming industry best practice.

In this role Laurie also pioneered the development of the SAS Analytics-as-a-Service solution, “SAS Results”. In January 2015 was appointed to lead this globally as part of the SAS Cloud Analytics proposition. Laurie holds a BSc in Econometrics, an MSc in Game Theory and a PhD in Number Theory. 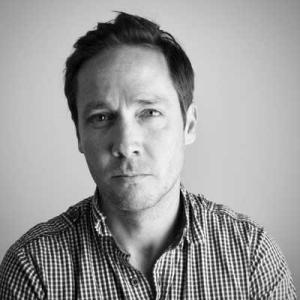 Following a 20-year career in Technology and Business Consulting, James switched his attention to driving change with senior executives. To help these executives connect and bench test their thinking he founded The Boardroom, a community of FTSE350 board-level executives. Working in partnership with SAS Software the community produces industry reports and meets regularly to discuss key topics impacting its members
Watch now