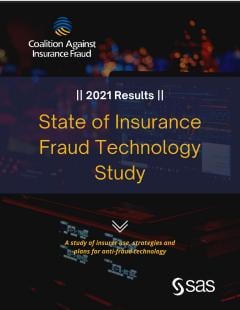 The State of Insurance Fraud Technology

A study of insurer use, strategies and plans for anti-fraud technology

For the third consecutive time in six years, insurers report increasing amounts of suspected fraud. Nearly three-quarters of insurers in the 2018 survey say fraud has increased, an 11-point increase since 2014.

The expansion in anti-fraud technology does have growth pains, however. Insurers report increased frustration with integrating data into their systems and continuing problems with high levels of false positives.